129 YOU TUBE DRAWINGS FOR KUWAIT

al sabah art collection, kuwait in celebration of a new space, sheikh majed al sabah has commissioned swiss artists comenius roethlisberger and his partner admir jahic to develop a series of work in memory of arab icons such as um kalthoom, mohammed abdul wahab, farid al atrash and omar al sharif. the exhibition is a tribute to celebrity figures of the arab world juxtaposed with snippets of the region's energetic youth culture in works such as "crazy arab car stunts" and "girl afraid of her own shadow". the show is being held as inauguration of the space for al sabah art and design, newly situated at the corniche along the arabian gulf road in sha'ab kuwait.

the provocative and entertaining collection of 129 small images and 2 overbearingly sized portraits heightens the struggle between glory and the giant, icon and idol, which is often portrayed commensurably through media and propaganda. in an attempt to disrupt the haphazard collection of archieved videos that youtube has become, comenius and ado transformed the visual (virtual) language of "broadcasting" back into physicality by producing illustrations on handmade paper from virtual references with elemental art materials to do what they do best, that is, add to the confusion.

in each drawing (measuring 21" x 30"), the artists have rendered a freeze-frrame, complete with video title, user ratings and number of views. the resulting collection is both distressing and humorous in its ability to highlight our often-conditioned predilection of arabic stardom.

so how does revisiting an era when arabic culture was at its height revitalize a tradition of receptive engagement with the rest of the world? how can we reposition ourselves as active participants of an international art dialogue? 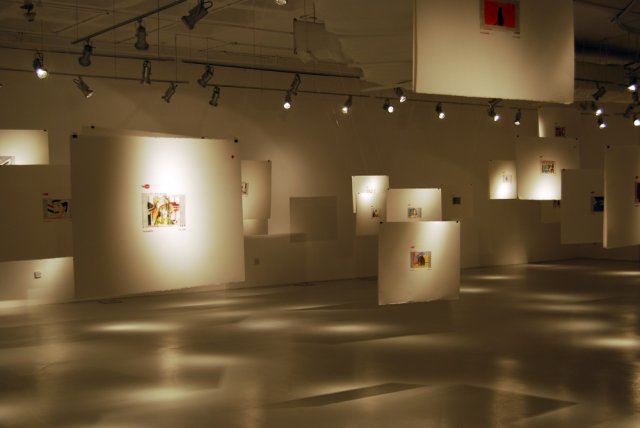 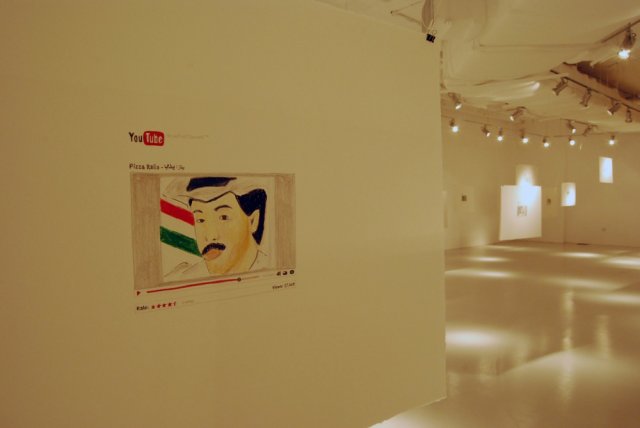 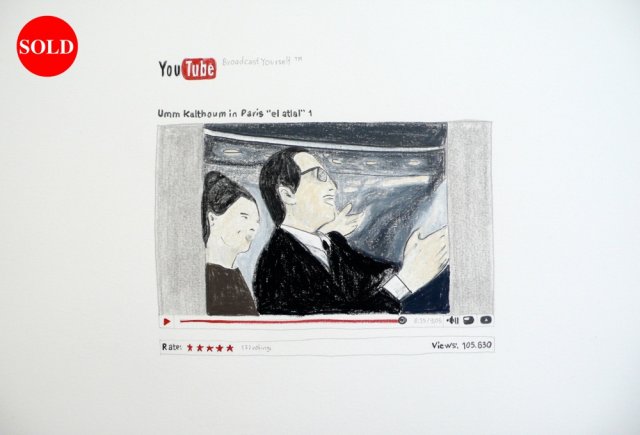 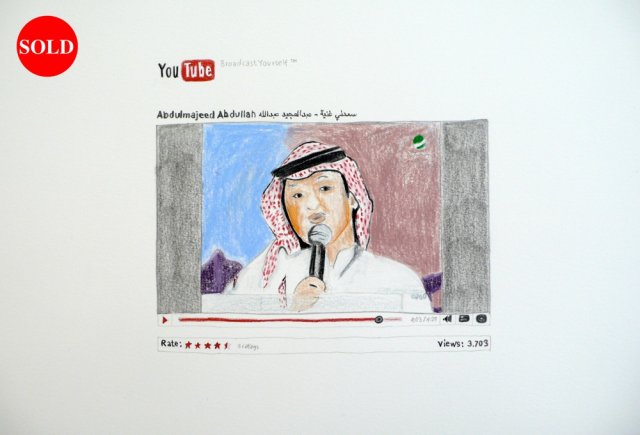 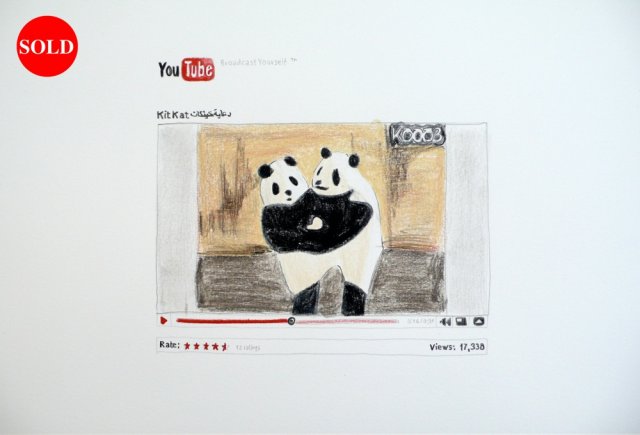 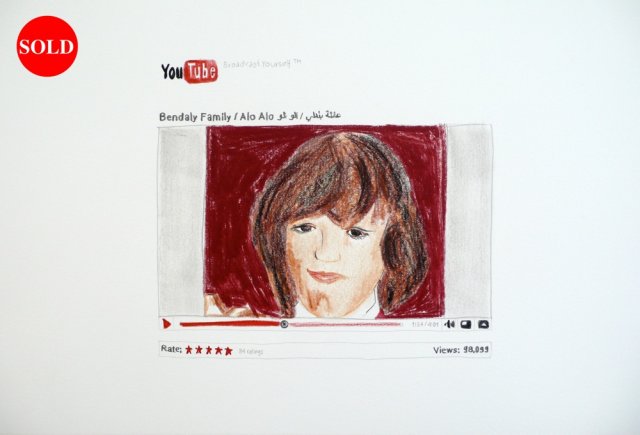 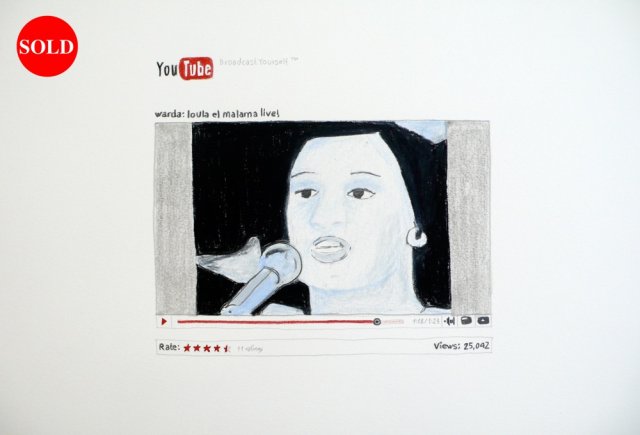 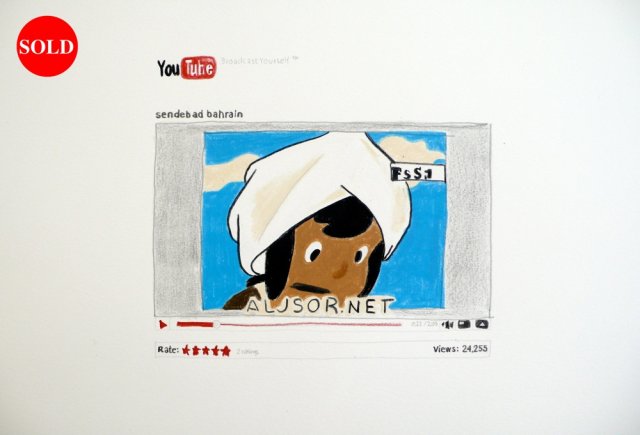